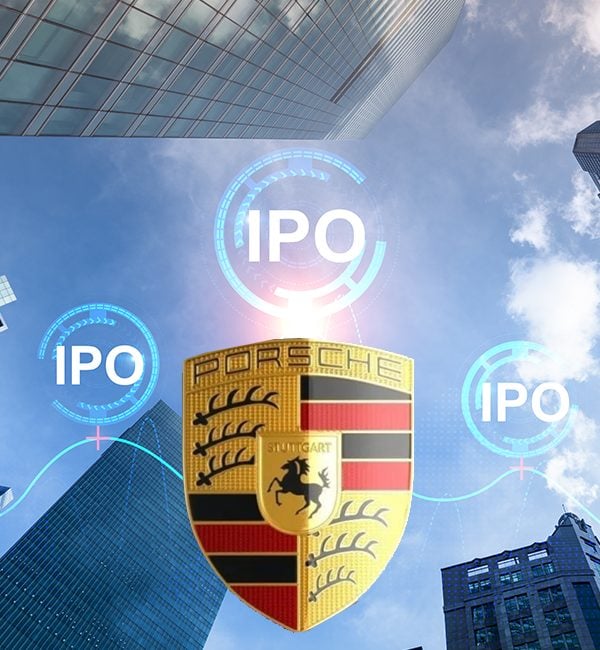 Want to invest in something exciting, how about high-end sports cars? Luxury carmaker Porsche took a huge gamble that looks set to pay off on the stock market. Porsche AG made its stock market debut on September 29 with a price tag of about $72.45 billion. Its blockbuster debut prices its shares at the top end of the range despite turbulent market conditions.

The incredible flotation, expected to generate $19 billion for parent company Volkswagen, comes at a time of major instability within the European markets.

Many investors have been deterred from investing in carmakers, especially luxury brands, as high inflation and rate increases wrack Europe.

In total, Volkswagen is placing 113,875,000 non-voting preferred shares of Porsche AG in the IPO. The Preferred Shares represent 12.5% of Porsche AG and outstanding share capital. It’s listed on the Frankfurt Stock Exchange under the trading symbol “P911”, German Securities Code (WKN) “PAG911” and the ISIN “DE000PAG9113”.

Oliver Blume, Chairman of the Executive Board of Porsche AG, said: “Making our customers’ dreams come true is what drives us. Today, a big dream came true for us. With the completion of the IPO, we are beginning a new chapter in the unique history of our company. This is a historic moment for Porsche. Above all, I would like to thank our more than 37 000 dedicated colleagues worldwide and all who have enabled us to announce our successful IPO today.”

Porsche’s debut takes it close to the market capitalisation of parent Volkswagen, which is worth around $84 billion. Incredibly, its valuation puts it ahead of many luxury carmakers, including rival Ferrari.

Porche’s entry into the stock market makes it one of Europe’s biggest IPOs and the second largest in Germany since Deutsche Telekom in 1996. Shares were announced at the top end €76.50-€82.50 range, announced earlier in September.

Shares in Porsche SE fell 5.7% in early trading while shares in Volkswagen were down 4.9%.

According to Refinitiv, European companies have raised the smallest amount in 2022 at $44 billion, of which only $4.5 billion comes from IPOs.

Volkswagen has said the market’s volatility was precisely why fund managers with money to invest were sorely in need of a stable and attractive stock like Porsche AG.

The IPO opens up a path back to autonomy for Porsche since its acquisition by the larger Volkswagen family. The “domination agreement” and “profit and loss transfer agreement” with Volkswagen are set to expire at the end of 2022. The agreement will be replaced by an industrial cooperation agreement (ICA). This will allow Porsche more freedom though remain in partnership with Volkswagen.

Porsche is shifting gears and setting itself goals of creating electric-powered sports cars. Blume said: “We aim to redefine the concept of modern luxury by combining luxury with sustainability and social commitment. Porsche wants to grow with its luxury products and services and assume social responsibility.”

The company has set ambitious targets. “In 2030, Porsche’s ambition is for over 80% of new vehicles delivered to be battery-electric vehicles (“BEVs”). As part of its strategy, the company is also working towards a net carbon-neutral value chain in 2030 and a net carbon-neutral use-phase for future BEV models,” reports Porsche AG.

Despite poor market conditions for luxury goods, Porsche remains in a robust financial position. The carmaker expects operating return on sales to be in the range of 17% – 18%, generating €38 billion to €39 billion, in 2022. The company is also targeting growth in its automotive net cash flow margin of approximately 12.5% – 14%.

These are good growth targets in an environment that has seen many carmakers struggle, especially in Europe.

Here’s how to trade IPOs

Q: Why is there so much interest in the Porsche IPO?

Razak said: “These major valuations don’t happen daily. Porsche is a major, company in the world and has a very interesting niche in luxury cars. When it’s a huge company that’s doing an IPO, that’s a head-turner in the markets. It’s a major opportunity for traders investing in these companies and for the company itself to be branded as a public company.”

“When stock company Robin Hood delivered its IPO about a year and a half ago, many were expecting huge things. The market however didn’t respond as favorably as the company had hoped, however. Traders need to consider the economic climate at the time of an IPO.”

Despite the good news for Porsche investors, Europe is teetering on the brink of recession.

Germany, Europe’s largest economy, is expected to contract in 2022. Many German economic institutes have nearly halved their economic growth forecast for 2022 and slashed their 2023 projection to -0.4% from a growth of 3.1%. Germany is now expected to grow 1.4% in 2022, down from 2.7% projected at the start of the year. Germany’s economic department is expecting the country’s Gross Domestic Product (GDP) to contract by 7.9% in 2023 and by 4.2% in 2024.

The gas crisis is negatively affecting markets and is having a severe impact on the German economy. Russia’s ongoing invasion of Ukraine has exacerbated gas supplies to Europe. This has resulted in soaring gas prices and drastically increasing energy costs, leading to a huge reduction in purchasing power. Coupled with rising inflation and rate hikes, the stage is set for a bleak economic outlook.

To make matters worse, reports of undersea leaks in the major Nord Stream pipeline will limit an already volatile gas market. The gas leaks could be the biggest ever reported in the European region and already many environmentalists are warning of a large-scale climate disaster should the leaks not be contained.

The energy crisis could lead to a very cold winter due to gas shortages.